last sunday we had a bunch of people over for the super bowl and i thought it would be fun for jenna to have all of us sing to her for her birthday which was the next day. as far as jenn knew she wasn't having anything but a family party the next day. 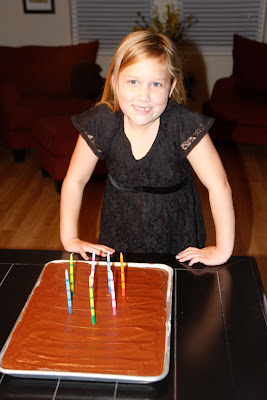 she opened preasents from her grandma, brother and the williams and the wimmers. and she loved them all. i think her favorite was her hannah montana purse. 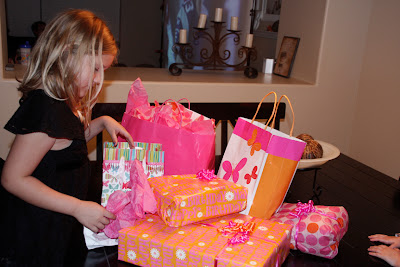 this is a bunch of stuff that tristan pulled out of his toy box and wrapped up for her. so sweet. i totally remeber doing that as a kid. 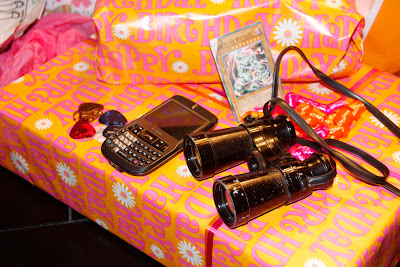 this was from her grandma and it wasn't as easy as we thought it would be. it plays a song and it shows you where to put your feet. (kinda like dance dance revolution) SO HARD! 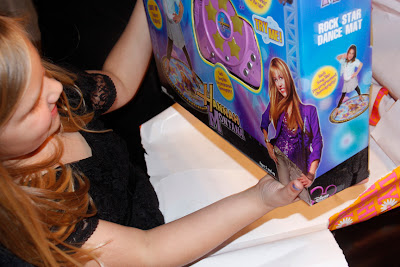 for the kids birthday we always decorate the front room so that when they wake up there is a big celebration already in progress. jenna had no idea that her birthday was going to be as fun as it was. 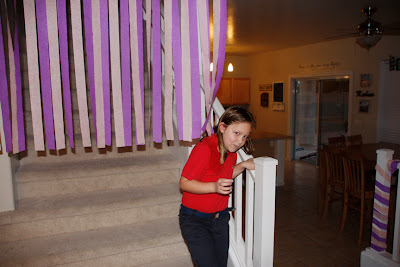 i gave her her first gift before school. hannah montana cd. do you see a theme here? :) when jenn is super excited she tries to fight back a smile by clinching her lips together really tight...it almost didn't work this time. 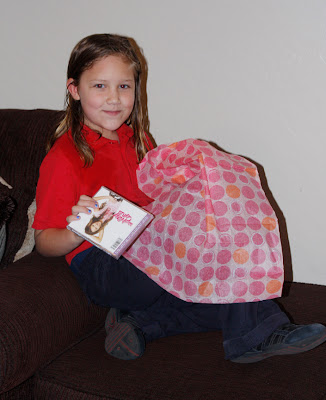 i brought doughnuts to her class and they were ALL excited of course. they were so excited infact that they started acting crazier than usual and singing crazy songs. i LOVE how kids show their excitement by acting completely obsurd. hahah! 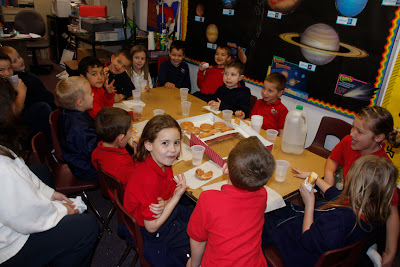 after school jenna had a gift waiting for her to open as soon as she opened the door. i'm bugged that i didn't get a pic of her opening it. anyway, it was a hannah montana shirt, tatum got one too. jenna then had to be blind folded so every thing else would be a surprise. tristan and tatum didn't know what was going on either. we went to pick up one friend and i said, "someone will be getting in the car, tristan and tatum do NOT say anything and don't tell jenna who it is." i walked around to my side of the car and and as i open the door tatum says, "jenna, it's london and she has the same shirt on as us." WOW, thanks for keeping quiet tates! it was then that i realized that SHE should have been blind folded too. the same dang thing happened when we picked up her other friend. oh well, at least she didn't know where we were going. 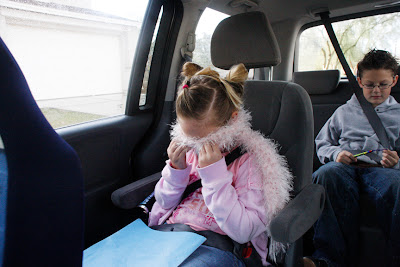 london and jesika were the only ones who knew what we were doing. 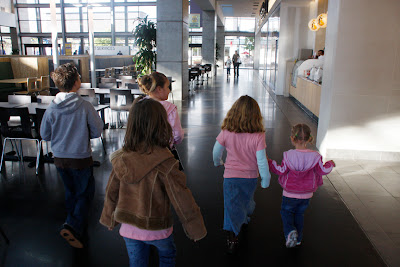 tristan figured out that we were going to see hannah montana in 3D and they were all super excited. 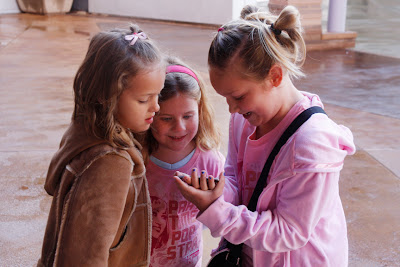 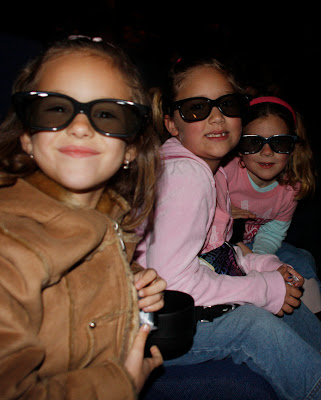 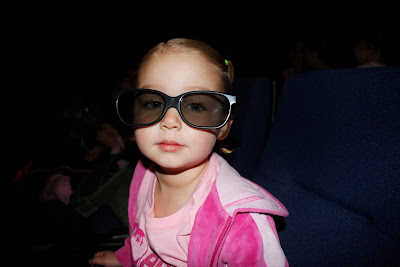 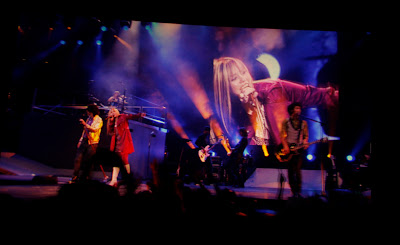 they had the best time! especially tatum and jenna. they sang every song. 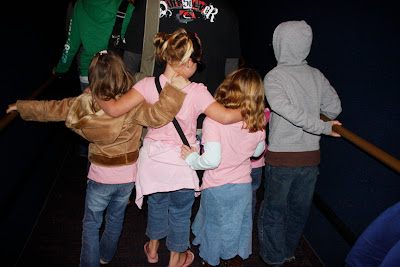 there's the purse she got that she loves so much. they look like little teenagers...SCARY! :) 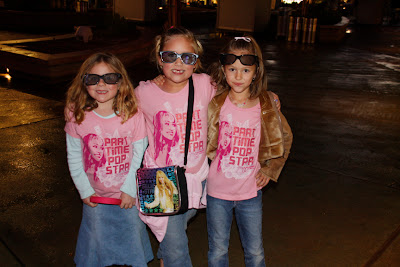 and of course the hannah montana cake. 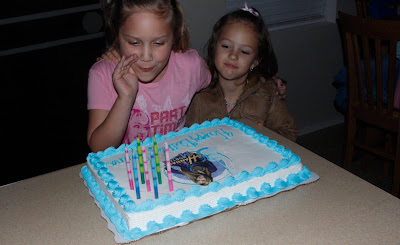 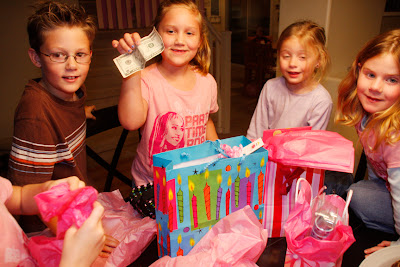 the next morning we had a visit from hannah montana herself. this is how tatum came downstairs after we dropped the kids off at school. the funny thing is, that's how her hair always looks just shorter. 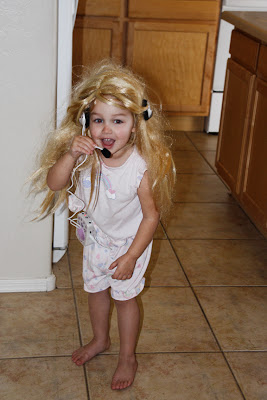 it think jenna would say she had the best birthday ever. she was so happy all day. i think year #7 is going to be a good one for her. next feb. 4th she'll be 8 and i can hardly believe that she will be baptized.

have a great day!
there are probably going to be more misspelled words than usual because for some reason my spellcheck isn't working.

That sounds like an awesome birthday. I remember my mom doing fun surprises like that me and I never forgot them. I have never done a surprise like that for my kids but you have inspired me. I'm sure she'll never forget it. So much fun!

It must be great having a girl. How fun to plan their parties. My boys just want a cake, get some games for presents, and have us leave them alone.

I also love your spelling disclaimer. Do you feel like everyone is judging you? LOL

Cute party and surprises! You definately win for best mom of the day! How fun!
I also love the streamers when you come down the stairs! Very clever!

That is such a great idea. I should do something like that for Ella this year. It is our "off" year. (we only do friend parties on odd years). I bet she will remember this day for a long time.

How fun! I bet she is still in heaven...

I thought I left a comment already...my brains are mush!!! I am so glad that you guys had so much fun. She will remember THIS birthday forever. She looks so cute in that first picture.

So cute! That's so special for her! Happy Birthday, Jenna! And I LOVE Hannah Montana, too! :) Silly, I know!

All of that made me miss my babies which includes my baby. wish I could have been there.

Someday I'll have the time you have again!!! to blog and comment on blogs.

Kiss and Hug Jenna for meeeeee! Love you so much Jenna! 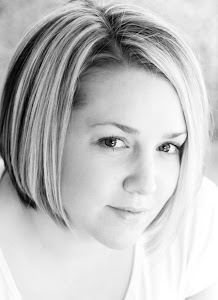 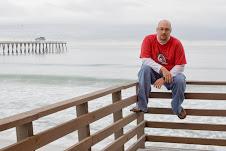 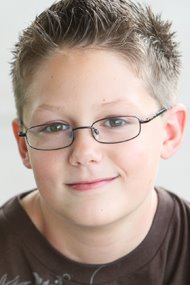 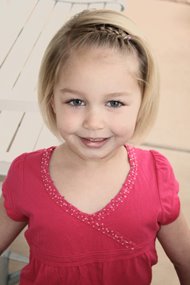 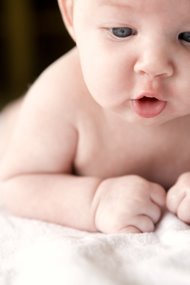